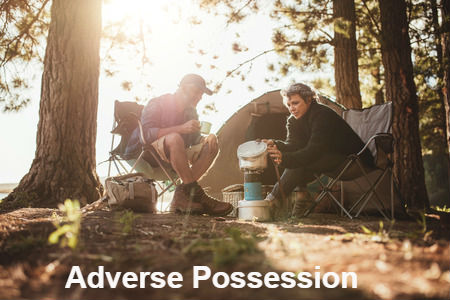 Have you ever heard a story about a person finding someone on their property without their permission? These stories are often long because of the legal issues involved. It turns out that removing someone who is illegally living on your property can get a bit tricky. The technical legal term for this type of situation is called adverse possession. If you are a property owner it is a good idea to know the laws about adverse possession in PA.

What is Adverse Possession?

Adverse possession is a situation in which a trespasser can legally take title of a neglected parcel of land. Although it is not an easy process and many requirements must be met. Adverse possession commonly occurs when property lines have been misdrawn.

The Six basic requirement that must be met

Adverse possession in PA or trespassing? – A real-life example

Recently a landlord in the Germantown section of Philadelphia was arrested after confronting a group of strangers he found living in his house, and the police told the squatters they could stay.

After finding the strangers had taken over the top floor of his rental unit the landlord called a friend who along with several baseball bats confronted the strangers and told them to vamoose. They were both subsequently arrested and booked on charges including burglary, criminal trespass, making terrorist threats and simple assault.

In this case, the people who were squatting on Frinks property were trespassing and had he first called a lawyer and then police without confronting them, things would have turned out a whole lot different. The worst part of this story is that landlord was barred from returning to the property and he legally lives there and owns it.

Your emotions can often get the best of you in a situation like this. Someone is clearly infringing on something that belongs to you and that can bring with it emotions of defensiveness and a want to protect what it is yours. It is however very important that if you’re in a situation like this that you take a step back, take a deep breath, and call a legal professional who can resolve the situation quickly.