Does my marriage qualify for annulment? 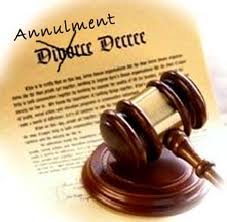 For various reasons, a couple may want to declare their marriage invalid as if the parties never married through getting an annulment. While it can be difficult to obtain an annulment in Pennsylvania, it is not impossible with the help of an experienced attorney.

Pennsylvania divorce law recognizes grounds for annulment based upon two types of marriages: marriages that are void from the onset of the marriage and those marriages which are considered valid but voidable.

The circumstances surrounding a marriage which can be deemed void from the onset can include situations such as: one person at the time of the marriage was already married to someone else, the spouses are closely related (i.e., mother, father, brother, sister, first aunt/uncle, first cousin or grandchild), or either party was found incapable of consenting to the marriage due to the lack of mental capacity to enter into the marriage

In order for a marriage to considered valid but voidable and subject to annulment, the following criteria must apply under 23 Pa. Cons. Stat. §3305:

In cases of voidable but valid marriages seeking annulment, until a decree is obtained from the Court, the marriage is valid unlike those that are deemed void from inception.

When you need an attorney to represent you with your legal matters, contact the Law Offices of Michael Kuldiner, P.C. in order to obtain the best results possible in each case. To arrange a consultation, please give us a call at (215) 942-2100 or contact us by submitting the form at top right.