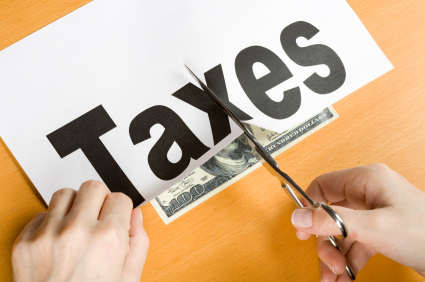 This is the second time that CraftMaster filed a Real Property Tax Assessment appeal with Bradford County. The first was filed in 2003. This 2012, the  Real Property Tax Assessment appeal  was granted through the intervention of the local taxing authority.  The real estate tax is the only tax authorized by Pennsylvania government to be levied by any local taxing authority.

CraftMaster presented several expert witnesses before the court.  This includes Joseph de Garay who testified that the plant value was around $8 million using a sales comparison approach. While the County’s appraiser, William A. Bigham of Gettysburg appraised the plant at $15.5 million fair market using the income capitalization approach.

CraftMaster also presented the testimony of Donald Goertel, a real estate appraisal who testified that the plant consists of “multiple, non-uniform buildings in varying heights which were modified over the years to accommodate CraftMaster’s specific machinery equipments and manufacturing process.”

It also cited the presence of stacks and vents in the ceilings and walls of the buildings and the non-uniformity of the buildings which make the buildings obsolete for the general industrial purpose. Goertel offered a fair market value of the property at $6,225,000.

In the same manner, the Bradford County present its own expert witness, Vincent Dowling, who viewed that the CraftMaster’s property was composed of three separate tax parcels with separate values. Dowling offered a total fair market value of the property at $13,565,000.

In its decision dated 26 July 2006, the Commonwealth Court ordered the Trial Court to vacate its decision and to conduct further proceedings. The court directed the Tril Court to evaluate the evidences presented.  The High Court concluded that the Trial Court made an erroneous appreciation of the issues and erred in not appreciating Goertel’s expert opinion which is identical to Dowling’s report.

In a recent development, CraftMaster was again in issue. CraftsMaster sold a portion of the property consisting of 16.3-acre of vacant land last August 2012 for $200,280 to Towanda Investments LLC of Harrisburg.

A settlement was reached that the fair market value of the remaining property will be reduced to $10 million from its former Real Property Tax assessment of $10.9 million and the plant’s tax assessment was updated to $3,330,000 by the Bradford County Assessment Office.

According to Doug McLinko, Chairman of the Bradford County commissioners, the settlement reached for the Real Property Tax Assessment will be good for the County. He said, a Court battle is more costly without any guarantee of winning.  He said, “I think it was the best settlement we could get. A poor settlement is better than a lawsuit any day.”

To assist you with your Real Property Tax Assessment appeal , call the Law Offices of Michael Kuldiner, P.C. at (215) 942-2100 or complete our quick contact form at top right for your questions.