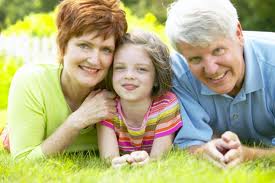 When a relationship ends, it is not the end of everything. It is just the beginning of a long legal battle for child custody. There are so many things to consider in enforcing one’s ones right over the child and sometimes … you will have to make a difficult decision.

Pennsylvania has extensive laws about child custody. Parents and even grandparents can work out a custody plan together. In most cases, parents have to work on a parenting plan; otherwise, the court will have to set up the plan for you.

How to start a custody action

The parent who wants custody of the child must file for an action for child custody in court. It has to be filed in the country or state where the child has resided for at least six (6) months.  In some countries, it requires both parents to attend a seminar, called Family Law Orientation Workshop to know of the court processes and parents’ responsibility towards the child affected by divorce and changes on family affairs. The seminar must be completed before the mediation will proceed.

The mediation process requires the appearance of both parents before the court-appointed mediator. In the absence of a mediation program, there shall be a conciliation conference conducted before a judge or a court appointed employee who is trained and expert in custody matters.

If any of this court assisted programs, no agreement is reached; the court may order home studies or psychological evaluations of the parents as well as the children by court appointed experts. The evaluation report will be used to determine the custodial arrangement of the child taking into consideration the “best interest of the child”. All other disputes between parents must be settled outside of court.

The best interests of the child

According to The US Department of Health and Human Services  states,  “Best Interests of the Child“ the term generally refers to the deliberation that courts undertake when deciding what type of services, actions, and orders will best serve a child as well as who is best suited to take care of a child.”Best interests” determinations are generally made by considering a number of factors related to the circumstances of the child and the circumstances and capacity of the child’s potential caregiver(s), with the child’s ultimate safety and well-being as the paramount concern.

In Pennsylvania, the best interest of the child is interpreted by statutes in a way that it will provide means through which the parties are afforded a fair hearing while invoking their constitutional and legal rights over the child. The state also considers the importance of family integrity and preference of the child to remain in his/her home as well as the health, support, safety, and/or protection of the child.