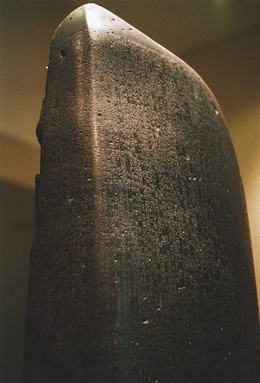 In history, divorce can be traced more than 2 centuries ago. Archaeologists discovered that Divorce has been part of the codified laws in the Code of Hammurabi dating back in 1760 BC.

The Code of Hammurabi

The Babylonia King Hammurabi was believed to have ruled from 1750 BC to 1792. The Code was one of the first recognized written laws in history. King Hammurabi enacted the Code which was inscribed in stone tablets. It is believed the Code consists of 282 laws including the law on household, family relation and divorce. In comparison, the Code worked  similarly with the present concept of “fault divorces.” According to the Code, a man could divorce his wife if the wife went out of doors not fully covered, had acted foolishly or belittled the husband.

The Code is widely famous for the saying, “an an eye for an eye” (the lex talionis). The laws were written on a stone tablet about eight feet tall (2.4 meters) discovered sometime in 1901 in Susa, Iran. The Code imposed punishments for offenses and was the first to introduce the criminal concept of presumption of innocence and the presentation of evidence by parties.

Divorce in the Medieval Period

During this time, the Catholic Church was the central of political and social institution and divorce was considered a sin. It was stated in the gospels of Jesus that divorce should be treated the same way as adultery. Under the Ten Commandments, and still true at present, adultery is strictly forbidden.  However, during the Medieval period, divorce was considered a sin and strictly prohibited.

In England, divorce in the form of annulment was first granted to King Henry VIII with his marriage to Catherine of Aragon. Catherine was Catholic and King Henry knew he could not get a divorce. Instead, King Henry sought the annulment of his marriage, which was granted by the Archbishop of Canterbury, Thomas Cranmer, in May of 1523.

The divorce was strongly opposed by Pope Clement VII for political reasons that prompted the King to cut ties with Rome. King Henry named himself as the supreme authority of the Church of England and declared the annulment valid. However, after the annulment, divorce remained illegal in England. After Catherine, King Henry had five other marriages. During that period, Annulment could only be granted by Parliament and special courts, but only for the rich and politically well-connected.

Divorce in America has its roots in the British ancestry. Under Church law, marriage was treated as a purely secular matter. Marriage was a form of contract and it was socially unacceptable to break such a contract. It was only in the later part of the nineteenth century when divorce finally gained the attention of the U.S. government. During that time,the middle class began to seek divorce and annulment of their marriages through the legislature.

Should you have any questions regarding family law matters, please call our office at (215) 942-2100.