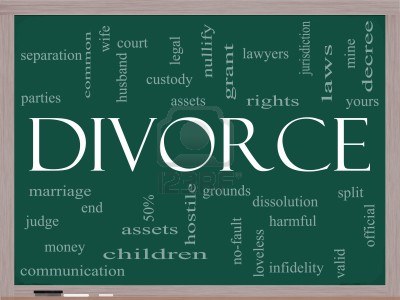 To understand the full history of divorce, first the term should be defined. “Divorce” comes from the Latin word “divortium” which means separation. It is also equivalent to the word “divort” or “divortere.” “Di” means apart and “vertere” means to turn to different ways. Divertere was also referred the meaning of divert, turn aside, separate or leave one’s husband. The word was traced in French vocabulary in the later part of the 14th century and in the Middle English in the year 1350-1400.

Today, although divorce is expressed or defined in different ways, it expresses a single idea. Most common definitions of divorce include: (1) a judicial declaration dissolving the marriage in whole or in part releasing the husband and wife from the matrimonial obligation to live together; (2) any formal separation of husband and wife according to established customs; and (3) total separation or disunion or to disunite a marital union.

In today’s modern society, divorce is only recognized if legal and supported by law. The oldest codified law in the history of divorce was traced in 1760 B.C. during the reign of King Hammurabi of Babylon. It is believed that the King carved 282 laws in stone tablets including the law on divorce. During that period, a man could divorce his wife by simply saying, “You are not my wife,” which was followed by payment of a fine and returning the wife’s dowry. However, if it was the wife who wanted divorce, she was required to file a complaint to obtain a divorce.

Divorce had begun to gain support all over the world and the number of countries that sought for the adoption and legalization of divorce began to increase. Divorce was first applied in the following countries: France in 1762, but made it illegal in 1816; Germany in 1875; Ireland in 1997; Italy in 1974 and Spain in 1981. In the US, the history of divorce started in the state of Maryland. Maryland declared divorce legal in 1701 and South Carolina in 1949 to 1950, while the state of California legalized the “no-fault” divorce in 1970. In Pennsylvania, divorce records have been kept since 1804 at Prothonotary’s Office in the county where the divorce was granted; however, divorce has been traced in Pennsylvania as early as 1682.

Divorce was very controversial in the Christian community during the Roman Empire. After Christianity became the official religion of the Romans in 380 A.D., divorce was strongly opposed by the church. During that time, noblemen found refuge with annulments, a declaration from church officials dissolving the marriage for some valid reasons and technicalities. However, the annulment was only for noblemen and those with political connections; not for commoners.

The present law on divorce

When you need an attorney to represent you with your legal matter such as divorce, custody, or support, contact the Law Offices of Michael Kuldiner, P.C. in order to obtain the best results possible in each case. To arrange a consultation, please give us a call at (215) 942-2100 or contact us by submitting an inquiry form.