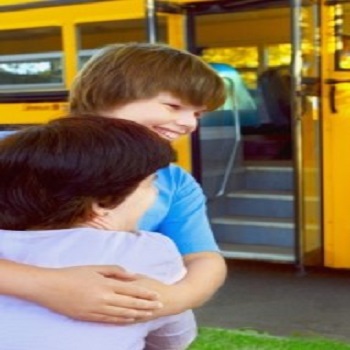 Divorced or separated parents know how difficult it can be to maintain a consistent routine for shared custody. Two households, one school, varying schedules including sports or after school activities – when parents are working, pick-ups and drops offs can be become stressful. For schools, keeping up safety measures of who is taking a child home can be just as difficult. Recent case law regarding transportation for shared custody households could make its way into Bucks County custody cases.

With divorce on a continued rise, the population of students with two households is growing. In response, many families are having a tough time striking a balance among schedules for getting the kids to and from school during each parent’s week. A recent case is shedding light on the growing problem and giving relief to parents in need of transportation for shared custody arrangements.

In Watts v. Manheim Twp. School Dist., 2014 WL 37878, the divorced parents share physical and legal custody of their child. Though both parents lived in the same school district, either residences exist on different bus routes. Via budget cuts, the school district limited routes for students requiring multiple drop off points.

During the father’s custody time, he had to hire a driver to drop the child off at school and pick up at the end of the day. The father sued the school district demanding the bus service to his home be restored and he won at trial. The school district appealed this decision. Bucks County school districts have also felt the squeeze during major budget cuts; Philadelphia schools also have scattered transportation for students.

On appeal, the Commonwealth Court found that transportation for shared custody families was a case of first impression. They evaluated the school district’s codes and confirmed that the child was accordingly entitled to transportation to both legal residences. Considered a resident student, the child should be able to have consistent transportation to either home just like any child requiring service to one home.

Because these types of cuts are becoming more evident in the Doylestown area school districts, Bucks County could see a case like this on the horizon. Additionally, having a family law attorney to draft a comprehensive and inclusive custody stipulation will virtually eliminate any major problems. The Court in this case did highlight the school’s point – that the parents should have had custody arrangements where a public school is concerned.

If you are trying to handle transportation for shared custody and cannot come to an agreement, call our office to meet with an experienced custody lawyer who can handle your case. Call today at (215) 942-2100 or complete an inquiry form and a member of our team will contact you to schedule an appointment.