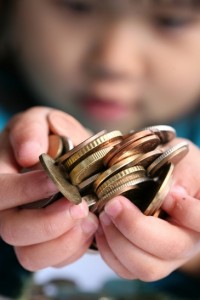 In developing a Marital Settlement Agreement, parties may sling numbers and financial data as a means to an end. After months of analyzing incomes, debts, and appraisals, a couple may find a financial middle ground on how to settle their divorce. Often, individuals consider bargaining payments of child support. Unfortunately, utilizing this exchange of money is not as negotiable as even the most amicable parties might anticipate.

However, where those payments are repurposed, the Courts may disagree. In Kraisinger v. Kraisinger Pa. 928 A.2d 333 (2007), the couple drafted an agreement that settled other matters by way of relenting on or reducing future support payments from the obligor spouse. The agreement blurred the line between property settlement and child support.

When the obligee wife wanted to modify support, the Court was forced to address several matters in this case. Of primary interest was whether or not the obligee spouse was able to modify support even though obligor husband met the terms of their MSA. Obligor husband argued that obligee wife did not have standing to file for a modification in support as he had successfully met the terms of their agreement.

The Court had to review the agreement from the perspective of family court and acknowledge the fact that this particular contract was not working in the best interest of the children. Overall, the obligor would have been paying less than the guidelines require. Also, the mother is not able to waive further child support in exchange for payment of an equitable distribution matter.

As such, the Court found this would prejudice a child’s welfare, stating, “. . . a child’s right to adequate support cannot be bargained away by either parent and any release or compromise is invalid.”

Child support can sometimes be viewed as merely another financial obligation. In the context of divorce, it is easy to lose sight of its purpose. The Pennsylvania Support Guidelines are intended solely to protect the best interests and well-being of children and cannot be bargained away by either parent.

Hiring the right attorney is critical to ensure you and your children receive fair financial attention. Call (215) 942-2100 to schedule a consultation with an experienced attorney to help you in your support matters.