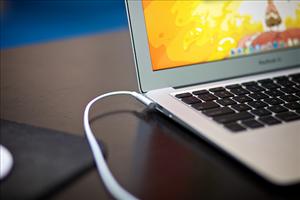 The recent decision rendered by the Carolina’s Supreme Court in the case of Jennings vs Jennings (October 2012) stirred the US community.The issue on spouse cheating was proven  when the e-mail account of the husband, Lee Jennings was hacked.

On the issue of email hacking, the state Supreme Court unanimously declared that a man’s privacy was not violated when his yahoo account was hacked by his wife’s daughter-in-law, Holly Broom to find his mistress’ name. At that time, the spouses Jennings had pending divorce proceedings in court.

The decision of the Circuit Court favored Broom which was reversed by the Court of Appeals declaring Broom to have violated the Federal Stored Communications Act (SCA). The Supreme Court however, upheld the findings of the lower court and set aside the ruling of the Appeal Court. The High Court’s decision is a deviation from the long recognized ruling in the Theofel v. Farey-Jones, 359 F.3d 1066 (9th Cir. 2004).

Moreover, in another case a man suspecting his spouse cheating on him  was charged for violation of the Anti Hacking law for reading his wife’s e-mail messages. Leon Walker was charged by wife when he checked on the wife’s e-mail without the latter’s permission. Walker believed, his wife was having an affair and wanted to get some proof. The wife also sued Walker for violation of her right to privacy.

Since the introduction of free e-mail sites and modern communication devices more and more suspecting spouse come to eavesdrop hoping to caught the adulterous spouse.  Most of the time, the party whose privacy was threatened would seek refuge to court invoking his right to privacy.

In addition, the state’s Electronic Communications Privacy Act of 1986 (part of the Omnibus Crime Control and Safe Streets Act, 18 USC sec. 2510 et seq.) prohibits unauthorized “interception” or access to electronic communications like the use of telephone, email and computers.

However, the right to privacy is not absolute. There are instances where intrusion to personal email is permissible such as: legitimate business operations to improve customer service, consent given to the monitoring party and in instances where the computer is owned by the employer who also runs the network.

Now, with the recent ruling of the High Court, the list has been expanded.  Spouses can now use stored e-mail messages and stored conversations in computers to discover proof of cheating spouse adulterous relationship without violating a statute.  Spouse cheating beware!  This development in law will pave the way to catch adulterous spouse outside the constitutional guarantee of the right to privacy.