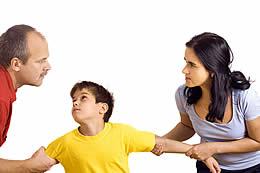 The new legislation provides for guidelines to direct the courts in its decision in determining, awarding and monitoring child custody cases without deviating from the requirement of considering “the best interest” of the child.  The ‘best interest’ is determined by taking into consideration all relevant factors which could affect the child’s safety. Section 5328 of the new legislation enumerates 15 factors that courts must consider in awarding custody.

In one case decided on December 5, 2011, J.R.M. v. J.E.A., 33 A.3d 647 (2011), the Superior Court granted the appeal of the father, reversing the decision of the trial court which granted primary custody of the child to the mother. In this case, the Superior Court ruled that Section 5328(a) should be considered by the trial court when entering a custody order. As required by the Act, all parties in a custody case should be prepared to argue on all relevant factors  and the court must based its decision after considering all the factors fully.

In its decision, the high court ruled:   “In summary, because the trial court failed to account for the required factors in reaching its custody determination, we reverse the decision of the trial court and remand for the consideration of said factors and for further findings of fact. In the absence of a determination that Child would suffer a detrimental impact by having unsupervised visits with the noncustodial parent, the trial court shall enter an order granting unsupervised periods of partial custody for the noncustodial parent”.

Factors to be considered in child custody awards

Another important development of the Act is that the law is no longer gender based and the courts are mandated to give explanation on the record in open courts or in his opinion to provide the reasons for the award. Representative Kathy Manderino, who sponsored the bill once said, that the new law would require judges to use very specific criteria when making custody decisions. Children should be assured of reasonable and continuing contact with both parents after parents had separation and sees to it that the child is

Act 112 amends Title 23 (Domestic Relations) and Title 42 (Judiciary) and come up with some of important provisions to govern the new Pennsylvania’s Child Custody Law. Some of the most important factors to consider are the following: (a) The prohibition of courts to award custody of child to a particular parent based on gender; (b) Judges of courts are required to explain their decision on the record in open court or through written opinion or order; (c) In cases of contested custody, each parent is required to submit a parenting plan and allow for appointment of a ‘guardian ad litem’ or counsel for the child when necessary; (d) Reference to criminal record of convictions is required as basis in determining custody; and (e) The incorporation of imprisonment and fine as a penalty for willful violation of a custody order including administrative sanctions like an Order for non-renewal, suspension or denial of driver’s license and payment for counsel’s fees and costs.

However, despite of the law’s remarkable advancement in the 21st evolution over child custody cases, some legal experts raised their concerns over some issues of the new law.  Several issues were raised during the Philadelphia Bar Association meeting particularly on the requirement to examine the party’s criminal history. They said the law does not provide for good instruments on how to evaluate the conduct of a person with criminal conviction. Verily, the issue is worth a second thought, after all, by just one callous decision, it is the child who is at the losing end.

One Megan E. Watson, a partner in one of Philadelphia’s law firms had said, these provisions are the practical hurdles of how a court is supposed to find out who a petitioner’s household members are; how the criminal histories are supposed to be accessed nationally when there is no ability in the court to check federal crime databases; and how the evaluations are supposed be paid for in the strapped 1st Judicial District. Ms. Watson further said, “That is a huge deal in Philadelphia because we just don’t have the money to do that.”