Custody battles and the importance of hiring a custody lawyer 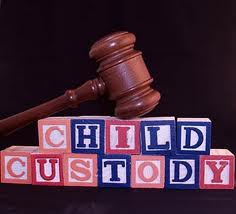 In the event that you have a highly hostile or contested custody issue you should seek the assistance of an experienced custody lawyer to protect your interests and rights.  It is especially advisable if the other parent is using the services of a custody lawyer.  The Court of Special Appeals has held that representing yourself is not a good enough excuse for not answering a motion by an attorney of the opposing party.

An order for custody is signed by a Judge who determines the provider of care for a child.  There can be confusion as to legal terms with respect to custody.  Essentially, custody is broken down into two main components, physical custody and legal custody. An experienced custody lawyer can determine which type of custody will be likely or most appropriate based on the facts of your case.

1.  Shared custody (also referred to as joint custody) This type of custody literally means the parents are sharing the custody of the child.

2.  Primary custody allows one parent the legal right to have the child reside with that party most of the time (a Court Order can provide those specifics)

Ultimately, the decision made by the Court in awarding custody is based upon what is in the best interest for the child.  There are many factors that can determine who is given custody.  Some of these factors can be who the child currently lives with and how the child is faring in those living conditions.  Other issues in deciding custody can involved the parents' lifestyle, mental health or a history of criminal activity or substance abuse. Having a custody lawyer will provide the direction and confidence to assure your child has the best arrangement possible.

Temporary Custody - "De facto" (means "in fact") custody refers to who actually has custody of the child at this time. This can be different from "court ordered custody". In order to formalize custody before you begin litigation, you will need to file for temporary custody.  Temporary custody will be based on the "best interests" of the child standard. It is not an "initial" award of custody. Instead it is temporary custody while you wait for the court to hold a hearing.

A person with legal custody has the right to make plans and decisions for the education, religious training, discipline, non-emergency medical care and other matters of major significance concerning the child's welfare.

A person with physical custody has the child living primarily with them and they have the right to make decisions as to the child's everyday needs.

Split Custody - Split custody most often refers to a situation where there are two children and each parent obtains full physical custody over one child. Some of the considerations that may bring about this result are age of the children and child preference.

Joint Custody - The court looks very closely at joint custody agreements. The most important factor to joint legal custody to shared physical custody is the ability of the parents to talk about and reach joint decisions that affect the child's welfare. If you are constantly fighting over what religion or what school, the court may strike down your agreement. joint custody is actually broken down into three categories: joint legal, shared physical, and combination.

Joint Legal custody is where the parents share care and control of the upbringing of the child, but the child has only one primary residence.

In Shared Physical Custody the child has two residences, spending at least 35% of their time with the other parent.

Additionally, you can make your own special joint custody agreement that is any combination of shared physical and joint legal custody. One example of this is when there is one residence for the child and the parents live with the child there on a rotating basis.

When you need an attorney to represent you with your legal matters, contact the Law Offices of Michael Kuldiner, P.C. in order to obtain the best results possible in each case.  To arrange a consultation, please give us a call at (215) 942-2100 or contact us by submitting the form below.