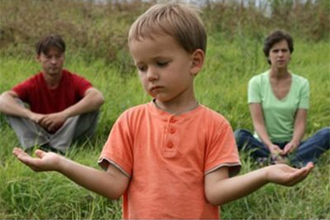 Can you relocate with your child?

In a recent case, the Mother’s petition to relocate was denied.

The mother appealed from the trial court order that denied her petition for relocation and a related request to modify the terms of custody for the parties’ six-year-old son. The recently enacted new Child Custody Act became effective on January 24, 2011. 23 Pa.C.S. §§ 5321–5340. The new act applies to “disputes relating to child custody matters” filed after the effective date of the new law. The parties were never married to each other, but resided together for approximately four years. The parties entered into a consent order before the custody master in which they agreed to share legal custody, and the father’s periods of partial custody were set forth with particularity for every other weekend from Friday at 6:00 p.m. through Sunday until 8:30 p.m. and every Wednesday from 6:00 p.m. until 8:30 p.m., as well as a holiday schedule.

The mother petitioned to relocate with the child from Grove City, Mercer County, to Albion, Erie County, a distance of 68 miles. The mother asserted that she offered the father an additional 21 hours of partial custody time and, since there was no reduction in the father’s overall time with the child, the proposed move did not constitute “relocation” under the new act. “Relocation” is defined under the new act as “[a] change in a residence of the child which significantly impairs the ability of a nonrelocating party to exercise custodial rights.” Id. § 5322(a).

With any child custody case, the paramount concern is the best interests of the child. Here, the trial court found that the mother did not meet her burden of proving that the relocation with the child would be in the child’s best interests. A review of the record and the child relocation factors contained in section 5337(h) substantiated that the trial court correctly determined that the mother’s proposed move significantly impaired the father’s ability to exercise his custodial rights, and supported the trial court’s denial of relocation. The mother’s offer of additional custodial time for the father did not ameliorate the adverse effects brought about by the relocation. C.M.K. v. K.E.M., 45 A.3d 417 (Pa.Super. 2012).
.