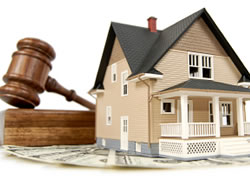 The US Constitution, Fifth Amendment states: “No person shall … be deprived of life, liberty, or property, without due process of law; nor shall private property be taken for public use without just compensation.”

The law talks about the power of “eminent domain.” This is taking of private property exercised by government authorities for a public purpose and with just compensation. This is a constitutionally guaranteed right enshrined in the US constitution. To have a valid taking, the government must prove that there was a valid exercise of the power of eminent domain and that the following elements are present: (a) the property involved is a private property; (b) there is taking of private property; (c) the taking mus t be for a public use; and (d) with just compensation. Absence of any of the elements mentioned in the law, the taking is considered void.

This principle of law became controversial when the United States Supreme Court decided in favor of the City in the case of Kelo v. City of New London,  545 U.S. 469 (2005). Plaintiff Susette Kelo and several others sued the city of Connecticut accusing the city for abuse in the exercise of the power of eminent domain. The Court upheld the validity of the act of the local government in taking private property of an individual and giving it to another private entity for economic development. Questions were raised as to the righteousness of the decision.

However, the right of individual against taking of private property was further put to test in another case. In the Matter of: Opening a Private Road ex rel. O’Reilly, 5 A.3d 246 (Pa. 2010), the Commonwealth Court finds that the Pennsylvania  does not constitute unconstitutional taking of private property. In its review, the Pennsylvania Supreme Court finds that the Commonwealth Court made an erroneous declaration in upholding the constitutionality of the Private Road Act (PRA). The Supreme Court clearly pointed out that the taking of private land for private use is “taking”. In addition, the Supreme Court held that the PRA fails to confirm that the public is the “primary and paramount beneficiary.”

In a more recent case, In Re: Laying Out and Opening of: Private Road in Hazle Township, Case No. 12-0207 (Pa. Commonwealth, Jan 27, 2012), the PA Commonwealth Court held that the property owner was not entitled to a private road across another property. The Pennsylvania Commonwealth Court held, “When reviewing a request to open a private road under the Act, we are cognizant that the Act is in the nature of eminent domain and, therefore, must be strictly construed.”

When we say eminent domain, we all know that it is a tool used by government authorities to take private property for public use. However, such power is also laden with responsibility. The government is also bound by law to protect property owners against abusive taking of private property.