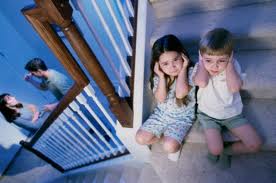 In 2011, it was reported that there were about 91,000 cases of domestic violence in Pennsylvania which resulted to about 166 deaths.  It is a fact that women are vulnerable and needs protection; hence, Violence Against Women Act (VAWA) came into existence. VAWA was signed into law 18 years ago.

The office was created hoping that domestic violence, sexual assault, battery, stalking and other forms of abuse committed against women would stop and offenders will be held accountable. A victim of domestic violence can file for a “protection order.” The protection order is enforceable in all 50 states and in Indian Tribal lands. The Protection from Abuse (PFA) order is issued by court upon application by the victim against any family member, parent, husband or wife including sexual or intimate partner.

Domestic violence against women and children may come in form of sexual crimes, marital rape, physical harm as well as emotional and economic abuse.  While violence against women had dropped significant by 60% from its institution, there are still issues that have to be addressed particularly with children. Remember, if you allowed yourself get abused, battered and emotionally injured without doing something to stop it, your children would think abuse is not bad at all. They would think that sex crimes and domestic violence e is just a fact of life and succumbed to the same path in life.

Recently, Gov. Tom Corbett signed into law allowing expert psychological testimony during sex crime trials. 42 Pa. C.S. § 5920, is a breakthrough in sex crime trials. Normally, victims of domestic violence will suffer the most, emotionally and psychologically. They are helpless and sometimes they refused to talk due to factors surrounding the family like family reputation, spousal and parental relationship and the period of abuse.

Now, prosecutors can present sex crimes experts to testify on the behavior of the victim in crimes listed under 18 Pennsylvania Criminal Statutes Chapter 31. This includes the crimes of rape, sexual assault, and other sexual acts of abuse and violence committed against women and children. The experts will also provide expert assessment of the impact of the crime during and after the assault.