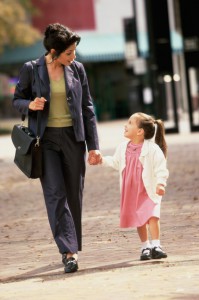 This is the case of Reber v. Reiss, No. 1351 EDA 2011 (April 11, 2012), the legal battle for the custody right of frozen pre-embryos by the wife.  Andrea Lynn Reiss was fighting for custody of thirteen frozen pre-embryos which were created out from her eggs and the husband’s sperm.

The embryos were born through Assisted Reproductive Technology (ART). A term which may include different forms of artificial technology to reproduce children like in vitro fertilization, sperm donation, ovum donation, donor insemination, a surrogate carrier and other techniques. In Reiss case, she was diagnosed with breast cancer in 2004; hence, both husband and wife choose to undergo in vitro fertilization (IVF) to preserve Reiss’ ability to conceive a child.

By December 2006, husband Rever filed a divorce action against Reiss; hence, wife seeks all thirteen pre-embryos for implantation. The Lower Court agrees that the pre-embryos are marital property subject to equitable distribution during divorce proceedings. However, ART presents legal conflicts to which the Highest Court must decide as to has custody right over the frozen pre-embryos.

Ultimately, the Superior Court in Pennsylvania awarded the custody of the thirteen frozen embryos to the wife over the strong objection of the husband. This case marks the triumph of science in history.

The three-judge Superior Court upheld the Lower Court’s decision, affirming and quoting the lower court’s ruling: “Because Wife cannot achieve genetic parenthood otherwise, we conclude that Wife’s interest in biological procreation through the use of these pre-embryos outweighs Husband’s professed interest against procreation.”

Moreover, the High Court continued with an important opinion, the court stressed that the estranged couple should have avoided this controversy, when they have initiated Reproductive Estate Plan before the creation of the embryos and providing for the means in the disposition of the embryos in the following events: dissolution of marriage, incapacity or death of either of the parties.

However, this kind of technology is new and very complicated. Arons, a reproductive-health expert with the Center for American Progress once said: “This is such a complicated area of the law, and it’s still relatively new, and there are such compelling interests at stake.”

Another issue that was brought about in this case was the child’s support. Reiss promised to do all things to absolved Reber of financial responsibility for any of the child. However, the Court said that such promise will not hold water. It is a principle in law, that parent “cannot bargain away that child’s right to support.” With this premised, the question of support was left open by the magistrates until an actual case or controversy is laid before the court.