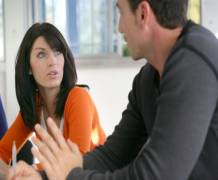 Divorce proceedings represent some of the most contentious types of legal proceedings in courthouses. An objective of a judge in divorce cases is to try and employ resources that may work to lessen the tension between the parties in marital dissolution proceedings.

A resource being more widely used by courts across the country to aid in making divorce cases smoother running proceedings is mediation. There are four fundamental benefits associated with divorce mediation.

Barring a settlement of a divorce case, this type of judicial proceeding can drag on for a significant period of time. When a mediator is involved in the process, the prospect for a settlement increases, according to the American Bar Association. A faster settlement of a case necessarily shortens the period of time a divorce case pends, which is to the benefit of everyone involved in the process.

A mediator does charge a fee for services, which usually is split between the parties in some manner. Nonetheless, by engaging the services of a mediator, other costs associated with a divorce usually lessen, including attorney fees are reduced.

Emotions naturally can run high and hot in divorce cases. Another benefit of a mediator is that such a professional is trained to work with a couple in reducing the level of acrimony between them. By lowering the passions of the parties, a couple in a divorce case are able to make wiser, more objective decisions in settlement negotiations in an efficient manner.

Although some individuals enter into divorce proceedings with what fairly can be described as a winner take all attitude, divorce laws are designed to achieve fair and just resolution of marital dissolution cases. A benefit of mediation is that it does achieve a fair, balanced and just settlement of disputes in a majority of cases in which a mediator is involved, according to the American Bar Association.

A mediator assist a divorcing couple in negotiating with each other in a manner that involves overreaching. A mediator is trained to understand the parameters of divorce laws and how those statutes are to best be applied.

Divorce mediators are available in nearly all jurisdictions in the United States. Indeed, some courts now require certain matters to be mediated before a judge schedules a full-blown hearing on those particular issues. This particular is the case in regard to issues surrounding children, including custody and visitation.