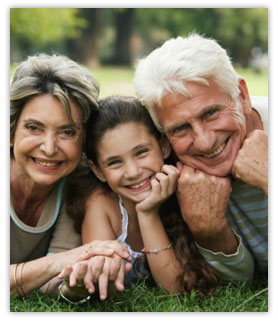 Do grandparents have rights in custody of their grandchildren?  And to what extent?  In a recent Bucks County custody case, the Court was faced with the issue of grandparents rights. After a trial, the court granted the paternal grandmother partial physical custody of her grandchild.

The trial was based upon the argument of the adoptive parents, the child’s biological grandfather (remarried), that the grandmother lacked standing to seek partial custody of the child.  She was never informed that the child was adopted by her ex-husband (biological grandfather) and had maintained a healthy and constructive relationship with the child throughout the child’s life. Other issues considered by the Court involved the relationship between the child and the biological father, the absence of the biological mother, and ongoing therapy as a result of sexual abuse by the father.

Further, it was decided that based upon  §5325(2), she was entitled to file an action for partial custody; this statute states, “where the parents of the child have been separated for a period of at least six months or have commenced and continued a proceeding to dissolve their marriage.”  Also, the biological parents need not have been married for a grandparent to qualify.

Ultimately, the Court relied heavily upon the facts surrounding the best interests of the child. Based upon testimony of the family, adoptive parents and therapists, it was most beneficial for the child to continue her relationship with the grandmother.  It was found that removing the grandparent from the child’s life would be insensitive to the already tumultuous emotional state of the child.

If you are faced with a similar situation and want to know more about Grandparents Rights, and the procedure and grounds in filing for custody, contact the Law Offices of Michael Kuldiner, P.C.at (215) 942-2100 or complete our quick contact form at top right for your questions.