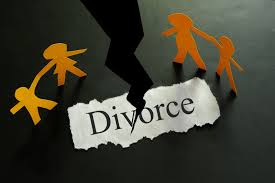 Are you thinking about divorce? There are some divorce facts to keep in mind. These divorce facts are interesting. And, they may help put your divorce case into perspective.

The U.S. Census Bureau tracks divorce facts. The agency reports that when a first marriage ends in divorce, it lasts an average of eight years.

People in second marriages have a lower divorce rate. Experts say this is because of what was learned from the first go-around.

There are many research studies about divorce facts. Some of these studies focus on children and divorce. Studies suggest that children with divorce parents are more likely to drop out of school.

Who Moves on Faster?

Conventional wisdom is that men get over divorce quicker. Divorce facts suggest something else. According to divorce facts, a woman remarries about 3.1 years after divorce. A man takes a couple months longer. On a more serious note: men are eight times more likely to commit suicide following divorce.

More than two-thirds of U.S. divorce cases are filed by women.

Lawyers? No. Doctors? No.

Quite a few make the cut.

Members of the clergy, podiatrists, nuclear engineers and sales people.

Parents with kids are less likely to divorce, overall. The divorce rate rises if a couple has twins. It rises even more with triplets.

One study examined this issue. People who commute more than 45 minutes daily – more likely to divorce.

If you are contemplating a divorce … remember this crucial fact. You best protect your legal rights and interests by hiring an experienced divorce lawyer.