Zhanna Sivchuk
00:10 10 Apr 18
I dropped my old attorney and came to Mike. I had 2 matters that needed to be resolved together. My previous attorney was only working on one matter since he was not knowledgeable in the other, my case was going no where. Finally after 6 years i dropped my old attorney and came to Mike. He was able to take care of both matters in fraction of the time and cost than with my previous attorney. Michael and his team are very knowledgeable in many diverse legal areas. I am very happy i switched attorneys and both of my cases were resolved and finalized.
See All Reviews
Monday, Aug 17, 2015

Preparing for Custody, Divorce Settlements Instead of Battles 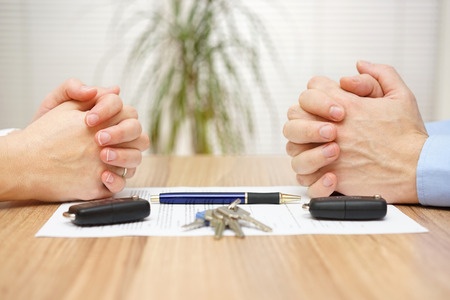 On numerous occasions, our offices have received calls asking if we handle “custody battles”. Of course, we understand what is meant by this question, but it still brings to mind the concept of custody and how to properly handle the divorce process. We handle the existing “battles”, but more importantly, we employ tools to help clients avoid them when possible.

To do this, we help clients by preparing agreements in advance of equitable distribution hearings or custody hearings. There are many benefits to having this in writing before a hearing. With regards to divorce, having a settlement in hand to negotiate is much simpler than venturing down the roads of how the couple came to be in this position in the first place. It puts our client in a position to negotiate rather than fight.

1. When it comes to custody, preparing a detailed schedule in advance can answer a lot of questions right away. Rather than circle back on calendar dates, holidays and availability of the parents, putting together all of that information means more time is spent productively setting a schedule. Details on transportation, vacations, holidays and modes of contact with the child can all be established and then negotiated rather than start from scratch.

2. For example, holidays like President’s Day means a day off from school – determining which parent has the child for that time involves the parent’s work schedule and arranging daycare if the parent cannot take off from work. Other holidays would run on an alternating schedule, with one parent having a certain schedule for even years, then reverse for the other parent in odd years. (e.g. Parent A has child for Thanksgiving on odd years, 2015, 2017; Parent B has child for Thanksgiving even years, 2016, 2018.) While that may seem like a simple concept, it can become convoluted when not prepared with a written custody agreement to discuss.

3. Weekends and the school schedule are other concerns that can be tackled in advance by preparing a custody stipulation prior to a hearing. By talking with schools, we get dates and times for events or holidays on the school calendar and we can work that into the custody agreement. Ensuring that plays, camps, lessons, and other routine activities are accounted for means less time bouncing around what-ifs and more time negotiating the facts.

4. Language within the custody agreement seems like a small detail or stylistic choice; however, it provides a more comprehensive approach to co-parenting than a court recommendation. By coming to the table prepared, the custody agreement can include stipulations regarding the manner in which both parents are to conduct themselves with regards to co-parenting. Behavioral language includes verbiage stating the parties are not to discuss the litigation in front of their child or make disparaging comments about the other parent to the child.

5. One of the simplest arguments in favor of pre-planned custody agreement is cost. By bundling up weeks-worth of back and forth and starting at a position to negotiate rather than research, clients are already trimming dollars off the cost of their case. The more prepared and flexible a client can be the more they save in the long run.

To ensure that all of this preparation comes as a benefit, our attorneys fight for our clients to get the best outcome possible. In being proactive, it puts our clients at an advantage to have the work efficiently and comprehensively drafted as early on as possible. Most likely, there will be changes to make; however, the client is in a much better and more informed position to negotiate.