Zhanna Sivchuk
00:10 10 Apr 18
I dropped my old attorney and came to Mike. I had 2 matters that needed to be resolved together. My previous attorney was only working on one matter since he was not knowledgeable in the other, my case was going no where. Finally after 6 years i dropped my old attorney and came to Mike. He was able to take care of both matters in fraction of the time and cost than with my previous attorney. Michael and his team are very knowledgeable in many diverse legal areas. I am very happy i switched attorneys and both of my cases were resolved and finalized.
See All Reviews
Wednesday, Sep 04, 2013 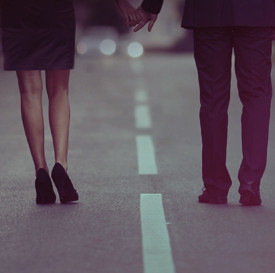 Does your relationship constitute as marriage?

This does not affect or change the outcome for couples who were together prior to that time.  Those relationships are still arguably valid marriages under common law – key term here is arguable.

And argue we do.  Couples often run into this question when they decide to split.  Hoping to obtain the same rights as traditionally recognized marriages during divorce, an individual may have to prove he or she was married despite the lack of a marriage certificate.  The validity of a common law marriage is a question of both fact and law.

The relevance of evidence of constant cohabitation and reputation of marriage is only to support a claim when faced with contradictory testimony regarding verba in praesenti.  Someone trying to prove a common law marriage may have dozens of documents such as beneficiary information, or bills, etc. that have resulted from cohabitation over many years.  What is most interesting based on the above, is that documentation as evidence alone is not enough.  The present intent of both parties to form a marriage has to be proven.

If you are handling a situation where the existence of a marriage is at question, call our office to speak with an attorney who can help you, (215) 942-2100.